Our Commitment to the Environment

National Fuel understands that we have an obligation to ensure our operations have minimal impact on the environment and natural resources in and around our operating areas in New York and Pennsylvania. Consistent with our Environmental Policy Statement, National Fuel’s operating subsidiaries have developed and implemented procedures, technologies and best management practices to develop and operate our assets in a manner that respects and protects the environment, mitigate any potential adverse environmental impacts of our activities, and provide our employees and contractors with the necessary resources to ensure compliance with environmental regulations.

Environmental protection and conservation of resources are high priorities across Seneca Resource Company, LLC’s drilling and completion operations. During initial planning and development, and throughout the producing life of a well, we go to great lengths to ensure our work has minimal impact on local water, land and wildlife resources. These initiatives include:

Before we arrive on a development site, we conduct a thorough environmental, health and safety review and work with applicable federal, state and local government agencies to obtain all necessary environmental permits and approvals. These evaluations cover all aspects of environmental stewardship, ranging from threatened and endangered species to invasive species, to stormwater management and habitat restoration. Seneca Resources works with resource agencies as their partner, not simply as a regulated entity.

Our multi-well pad development practices allow us to maximize the natural gas reserves that we are able to access underground while minimizing the footprint required at the surface for our operations. We are often able to drill 10 or more wells from a single surface pad and extend the lateral length of our horizontal wells up to a mile and a half under the surface. Seneca Resources has extended this minimization to returning to existing Marcellus pads to drill additional wells into the Utica formation.

Seneca collects pre-drilling water samples on any water source within a 4,000-foot radius from the center of the pad to obtain a baseline measurement. Seneca Resources’ horizontal drilling practices use only water-based drilling fluid or air when drilling through freshwater zones. During other stages of drilling, a synthetic oil-based mud system is used once freshwater zones are protected by casing and cement.

For all unconventional operations, Seneca Resources follows a strict “Zero Surface Discharge” policy, which requires containment for any liquids or solids that may be considered residual waste in all aspects of our operations, as a means of protecting surface and groundwater resources throughout the life of a well. All wastes are managed in primary containment vessels, which are always placed inside of secondary containment systems, and often tertiary containment, designed to capture and control spills or leaks.

Seneca’s hydraulic fracturing fluids are in full compliance with both EPA and state regulations. Seneca voluntarily participates in FracFocus.org, an independent website that provides information to help stakeholders understand the additives in the water being used for all of Seneca’s shale development operations in Appalachia as well as oil operations in California. Seneca also voluntarily provides this data to the Pennsylvania Department of Environmental Protection.

Seneca takes pride in enhancing marginal habitats in the areas in which we work through reclamation and planting strategies suggested by state and federal resource agencies, conservation organizations and private landowners. Seneca has been directly involved in restoration activities ranging from stream improvements to reseeding with native grasses.

Seneca has upgraded more than 150 miles of dirt and gravel roads with limestone running surfaces and constructs all drilling pads with limestone erosion and sedimentation controls. We have seen positive in-stream impacts with aquatic diversity from these watershed enhancement strategies through buffered in-stream pH values during storm events.

Seneca has worked with resource agencies in Pennsylvania to identify and cooperatively manage the protection of threatened and endangered species, as well as eradicating invasive plant species.

Learn more about the life of a natural gas well.

Seneca prides itself on being an industry leader in managing water assets. For calendar 2020, based on a survey of environmental performance conducted by the The American Exploration and Production Council (“AXPC”) – a national trade association representing the largest independent oil and natural gas exploration and production companies in the United States – Seneca Resources ranked 2nd best out of 22 companies for our recycled water rate.

In 2014, our Upstream Segment formed its own water logistics company, Highland Field Services, LLC (“Highland”), to manage the sourcing, handling and recycling of fluids generated by and used in its Appalachian operations. Since then, Highland has invested over $65 million in water infrastructure in Pennsylvania, including storage and treatment facilities, on-pad tanks and containment vessels, injection wells, and a network of water distribution pipelines. The environmental, operational and economic goals and achievements of Highland include: 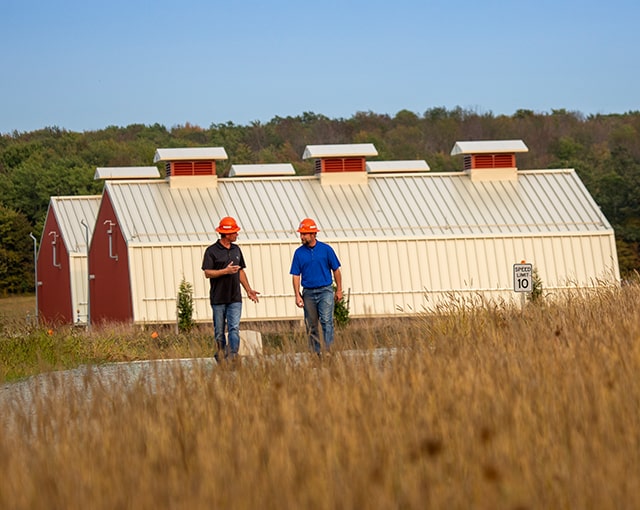 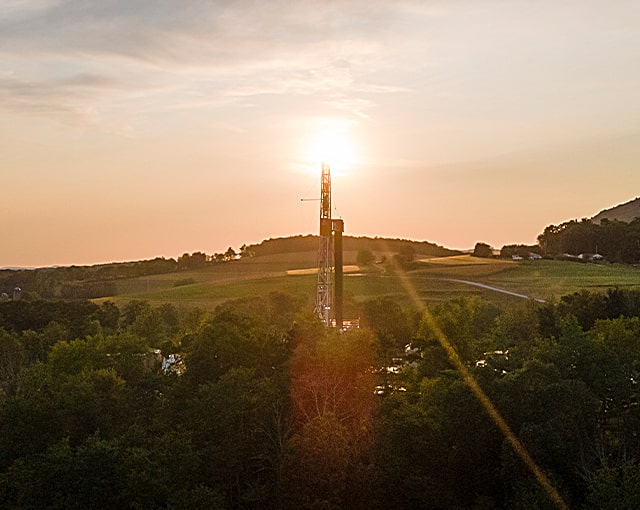 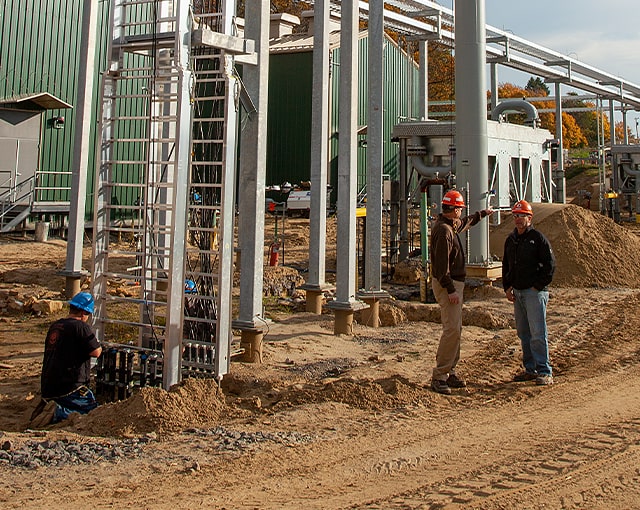 Pipeline and Facility Construction and Maintenance

We obtain all required permits prior to the commencement of construction and have implemented strong internal controls to remain in compliance with all environmental and safety requirements. Additionally, a number of federal, state and local regulatory agencies will frequently perform on-site inspections or otherwise monitor the project’s design, construction and ongoing operation. These agencies include:

Over the past three years, National Fuel’s pipeline and related facility construction projects have had over 190 official agency field inspections to verify our compliance with permit conditions, resulting in no significant findings or violations.

When possible, we route new pipelines along existing rights of way and limit the area and duration of our construction workspace to minimize land disturbance, reduce tree clearing and preserve areas for landowner use.

Protection of surface and groundwater resources is of the utmost importance to us. We minimize our impact by using effective, proven construction best management practices and protective waterbody crossing methods. These plans are closely followed and continuously monitored by National Fuel environmental inspectors and contractors, and routinely inspected by federal and state regulatory agencies.

Protection of Vegetation and Wildlife

We have implemented a number of practices designed to protect identified threatened and endangered species, including the restriction of construction activities during specific time frames and the restoration and sometimes recreation of habitats. Endangered plants are transplanted to nearby areas and then replanted on the restored right of way. We also use native, specialized seed mixes during replanting to prevent erosion and sedimentation, enhance wildlife foraging areas, promote native insect species pollination and to re-establish native wetland species.

Protection of Farmland and Soils

When agricultural land is identified along a pipeline route, we will use specialized construction techniques to preserve and restore the topsoil. We work closely with the farmers during revegetation efforts, using soil decompaction and soil additives to provide a proper seedbed to facilitate lodging and germination of seed. Care is taken to ensure that field drain tile systems maintain their functionality and are kept in good working condition. Revegetation is monitored until crop growth and vigor are similar to adjacent undisturbed portions of the same field.

We are sensitive to the archeological preservation of historic artifacts, areas with archaeological significance and historic buildings. We work frequently with applicable state and tribal historic preservation offices to identify and develop protective measures to be used prior to and during construction activities.

We’re committed to being a good neighbor and working with local communities to address noise, visual and emissions concerns. We design and test all audible components to ensure facility noise levels are less than regulatory mandates. We employ civil engineering and architectural practices to lessen visual impact and use equipment and technologies that ensure emission performance meet or exceeds regulatory standards.

Proper Handling and Disposal of Wastes

We have developed waste minimization and spill contingency plans in accordance with environmental regulations. We take great care to educate and train our employees in the proper handling, staging and preparation of regulated wastes and materials for disposal.

Learn more about the life of a National Fuel pipeline.