Empire Pipeline, Inc. (Empire) is headquartered in Williamsville, NY, and is one of two FERC-regulated subsidiaries of National Fuel Gas Company that provides interstate natural gas transportation and storage services.

Empire owns and operates an approximately 269-mile bidirectional pipeline system that begins at the United States/Canada border in Grand Island, NY, and extends east to near Syracuse, NY, and south from near Rochester, NY, into north-central Pennsylvania. The system provides service to local gas distribution markets and market centers in the northeastern United States and Canada.

Empire has receipt and delivery interconnections with Millennium Pipeline, TC Energy, Tennessee Gas Pipeline and Dominion Energy Transmission, which allows for gas supply diversity and market optionality. Through a lease agreement with National Fuel Gas Supply Corporation, Empire has the ability to offer 3.753 Bcf of Firm Storage No-Notice capacity to its shippers. Empire is an FERC-regulated interstate pipeline system.

By continuing to evaluate Empire’s system we are able to plan enhancements to our existing facilities and strategic expansion projects. This enables us to offer abundant, reliable and economical supplies of regionally produced natural gas, including less expensive Marcellus gas supplies, through the interstate pipeline system.

Empire started operations in 1993 as a 157-mile natural gas transmission pipeline that stretched from the Canadian Border at Chippawa to Oswego County, NY. In 2008, the 77-mile Empire Connector Pipeline was placed into service, adding a southern mainline that joined Empire to Millennium Pipeline at Corning, NY. In November 2011, the 15-mile Tioga County Extension was constructed, extending the Empire Connector to producer-gathering systems located in Tioga County, PA. In late 2015, the 17-mile Tuscarora Lateral was placed into service, bridging the gap between National Fuel Gas Supply Corporation’s Tuscarora Compressor Station in Steuben County, NY, and the Tioga County Extension. In 2020 Empire placed the Empire North Project into service, which saw the construction of two new compressor stations, the Jackson Compressor Station and the Farmington Compressor Station. The project created firm incremental capacity for local gas distribution markets and market centers in the northeastern United States and Canada. 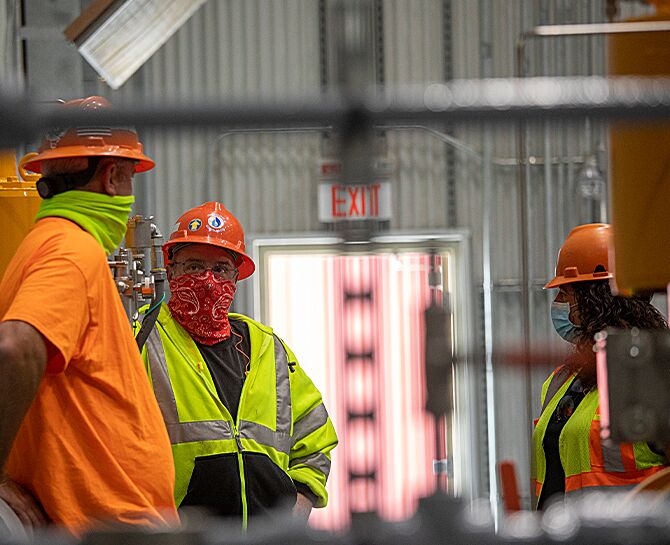 Empire provides shippers options to best meet transportation and storage needs. Due to Empire’s geographic location we are able to offer shippers abundant, reliable and economical supplies of natural gas.

To partner with Empire contact our Interstate Marketing Department to discuss your needs with a knowledgeable, service-oriented gas professional.

A Commitment to the Community

National Fuel and Empire’s highest priority has been, and always will be, the safety of our customers, employees and the public in the communities where we operate. We have leveraged the construction of our expansion projects as an opportunity to also modernize portions of our pipeline network while limiting environmental impact.