In July 2016, we completed an innovative solar plant project near Taft, Calif. It is located in the third-largest oil field in the United States, the Midway Sunset Oil Field. This state-of-the-art complex qualifies as an Innovative Crude Method under the California Air Resources Board (CARB) Low Carbon Fuel Standard, making Seneca Resources the first California oil producer to help CARB and California reach its 10% carbon intensity reduction goal for transportation fuels. 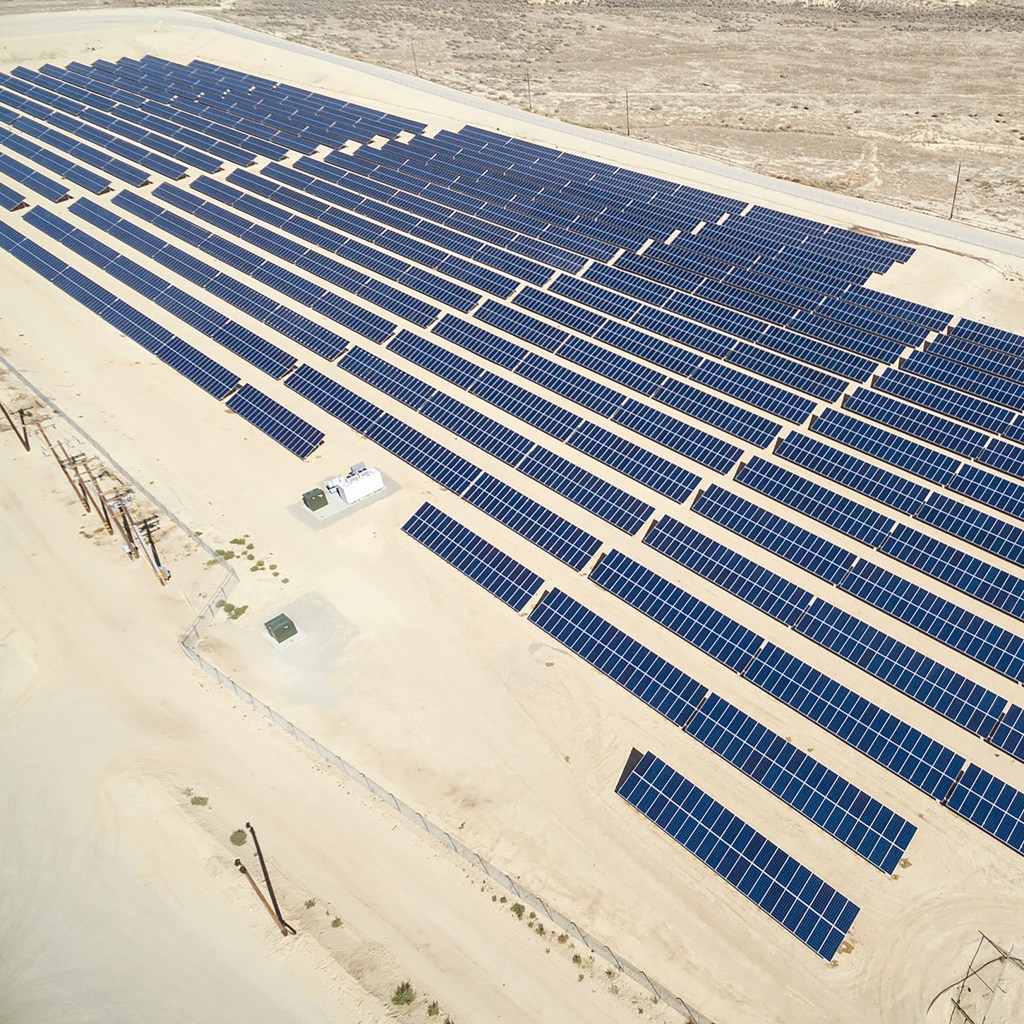 As the largest solar photovoltaic system in the industry in California (when it was built), it saves Seneca Resources 20% of our total electrical usage by producing 2.5 megawatts. The solar panel project was taken one step further when panels were also installed at our West Headquarters in Bakersfield, Calif. 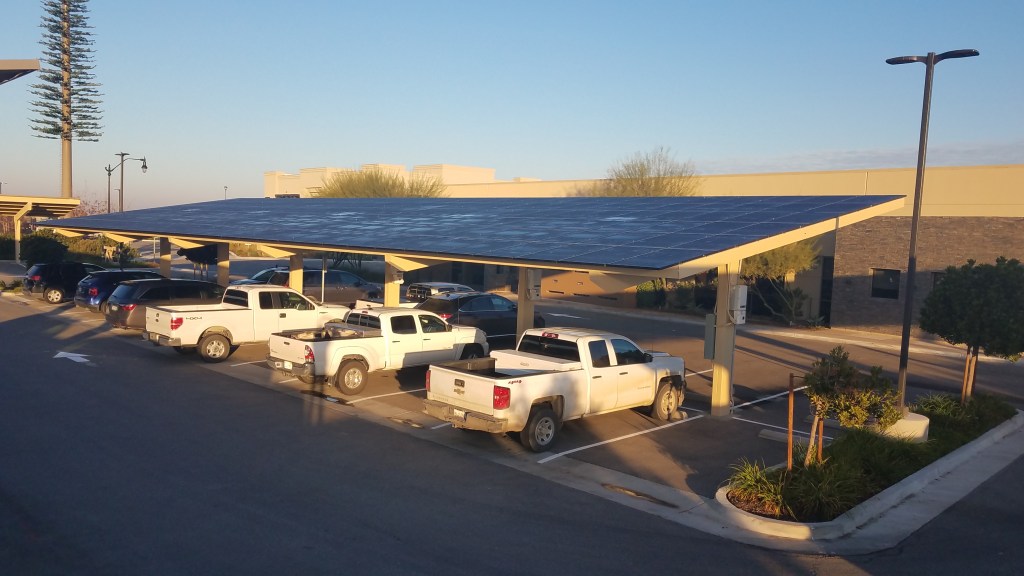 To produce heavy oil (12° API) in California, Seneca Resources must inject steam to reduce the oil’s viscosity so it will flow into the wellbores. At North Midway Sunset, 8.5 million barrels (1,100 acre-feet) of produced water is used annually to generate the steam, limiting the need to utilize scarce freshwater. An additional advantage to using produced water is that it is 70°F hotter than freshwater, so less energy is required to convert the water to steam. The incremental energy savings is 17,000 MMBTU/month or $600,000 per year.

Incoming oil and water from producing wells is first separated in a free-water knockout (FWKO). Water, with oil content at ±200 ppm, is sent to a clarifier tank. From the clarifier tank it goes through a Wemco or induced gas floatation vessel to reduce the oil content to less than 15 ppm. From the Wemco, the water goes to the inlet tank of the 15A water softening plant.

From the soft water tank, the water is pumped through the steam generators and into the wells to heat the oil in the reservoir to reduce its viscosity, allowing it to flow more easily to the producing wells. Excess produced water and back wash brines are sent to disposal wells. 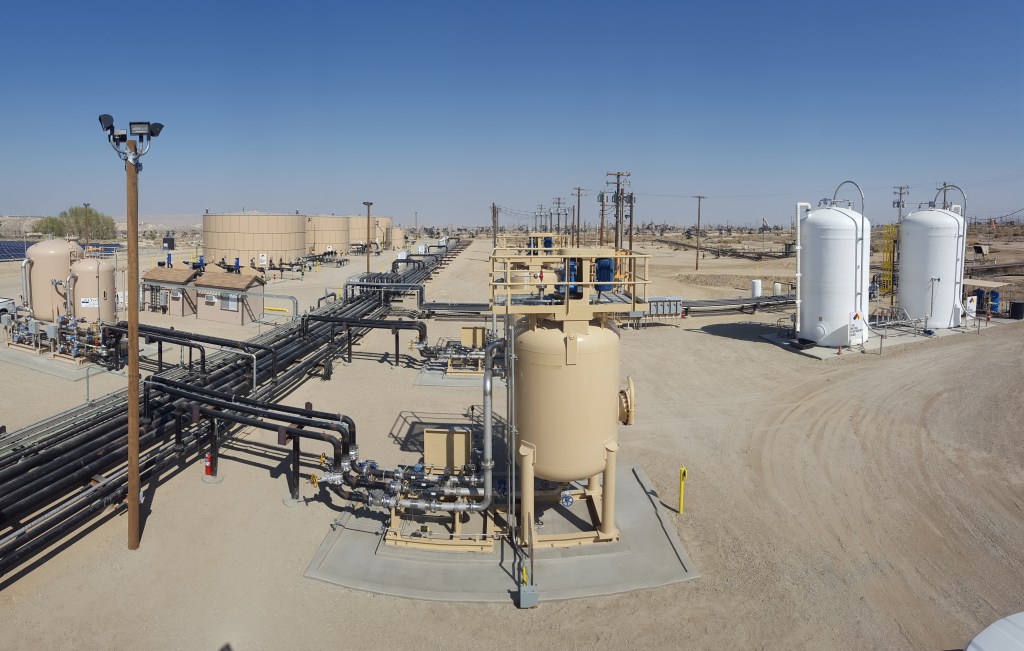