Who We Are Corporate Responsibility Careers Community Investor Relations 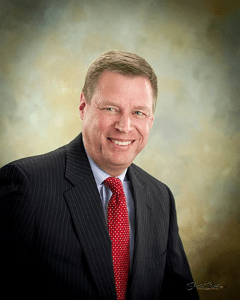 “Throughout Ron’s extensive career he has been involved in all aspects of the development and expansion of National Fuel’s gathering and interstate pipeline and storage systems,” said David P. Bauer, CEO and President of National Fuel. “He has helped to steer our long-term development plans with his in-depth knowledge and operational experience with the Company’s Appalachian assets and will continue our path of substantial, appropriately paced infrastructure investment and modernization for the future.”

Kraemer will retain both of his existing corporate roles as President of National Fuel Gas Supply Corporation and President of Empire Pipeline, Inc., with responsibilities for the Company’s interstate pipeline and storage subsidiaries. The COO appointment will add various enterprise-wide operational responsibilities to his duties.

Kraemer joined National Fuel in 1978 as a Management Trainee. Throughout his career, he has been employed by various subsidiaries of National Fuel, including National Fuel Gas Distribution Corporation, Horizon Energy Development, and the two pipeline subsidiaries, holding numerous management and executive-level positions in engineering, operations, marketing, business development, and international business development. These companies represent a cross-section of the energy industry including utility, interstate pipeline and storage, international power, and natural gas project development. Before his 2019 appointment to President, Ron was Senior Vice President of Supply Corporation and President of Empire Pipeline. He holds a bachelor’s degree in civil engineering from the University at Buffalo.