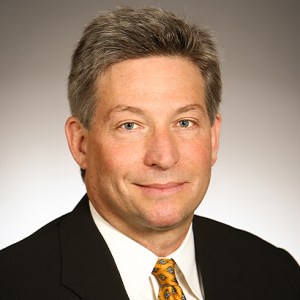 “Through John’s tenure, Seneca Resources has expanded its integrated and cost-effective approach to natural gas development and provided National Fuel significant upside potential for the years ahead,” said David P. Bauer, President and Chief Executive Officer of National Fuel. “John led Seneca’s efforts to limit its surface footprint and to reduce air emissions. His positive impact upon this organization is unquestioned and his visionary guidance has been appreciated by the board and our management team.” 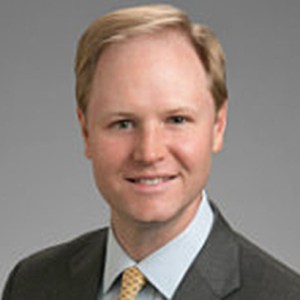 McGinnis will be succeeded by Justin I. Loweth, Senior Vice President at Seneca Resources. Loweth began his career with the organization in 2011 as Director of Strategic Planning and Acquisitions. Within a year he was promoted to Vice President of Finance and Acquisitions and held that title for several years. In 2015, he assumed leadership of the Oil and Gas Marketing, Reservoir Engineering, and Information Technology departments as well. In 2017, Loweth was appointed to Senior Vice President and is currently responsible for all of Seneca’s financial functions as well as the Reservoir Engineering, Business and Corporate Development, Information Technology, and Oil and Gas Marketing departments.

Before his tenure with Seneca Resources, Loweth served in various capacities with international investment banking and advisory firms that focused on the energy sector. He graduated from Southern Methodist University with a bachelor’s degree in business administration with an emphasis on finance and real estate finance.

Certain statements contained herein, including statements identified by the use of the words “anticipates,” “estimates,” “expects,” “forecasts,” “intends,” “plans,” “predicts,” “projects,” “believes,” “seeks,” “will,” “may” and “potential” and similar expressions, are “forward-looking statements” as defined by the Private Securities Litigation Reform Act of 1995.  Forward-looking statements involve risks and uncertainties, which could cause actual results or outcomes to differ materially from those expressed in the forward-looking statements. While the Company’s expectations, beliefs and projections are expressed in good faith and are believed to have a reasonable basis, actual results may differ materially from those projected in forward-looking statements.  Furthermore, each forward-looking statement speaks only as of the date on which it is made.  In addition to other factors, the following are important factors that could cause actual results to differ materially from those discussed in the forward-looking statements: the Company’s ability to successfully integrate acquired assets, including Shell’s upstream assets and midstream gathering assets in Pennsylvania, and achieve expected cost synergies; the length and severity of the recent COVID-19 pandemic, including its impacts across our businesses on demand, operations, global supply chains and liquidity; changes in economic conditions, including global, national or regional recessions, and their effect on the demand for the Company’s products and services; changes in the price of natural gas or oil; impairments under the SEC’s full cost ceiling test for natural gas and oil reserves; the creditworthiness or performance of the Company’s key suppliers, customers and counterparties; financial and economic conditions, including the availability of credit, and occurrences affecting the Company’s ability to obtain financing on acceptable terms for working capital, capital expenditures and other investments, including any downgrades in the Company’s credit ratings and changes in interest rates and other capital market conditions; changes in laws, regulations or judicial interpretations to which the Company is subject, including those involving taxes, climate change and other environmental matters; delays or changes in costs or plans with respect to Company projects, including disruptions due to the COVID-19 pandemic, as well as difficulties or delays in obtaining necessary governmental approvals, permits or orders; governmental/regulatory actions, initiatives and proceedings; changes in price differentials between similar quantities of natural gas or oil sold at different geographic locations, and the effect of such changes on commodity production, revenues and demand for pipeline transportation capacity to or from such locations; the impact of information technology disruptions, cybersecurity or data security breaches; factors affecting the Company’s ability to successfully identify, drill for and produce economically viable natural gas and oil reserves, including among others geology, lease availability, title disputes, weather conditions, shortages, delays or unavailability of equipment and services required in drilling operations, insufficient gathering, processing and transportation capacity, the need to obtain governmental approvals and permits, and compliance with environmental laws and regulations; other changes in price differentials between similar quantities of natural gas or oil having different quality, heating value, hydrocarbon mix or delivery date; the cost and effects of legal and administrative claims against the Company or activist shareholder campaigns to effect changes at the Company; uncertainty of oil and gas reserve estimates; changes in demographic patterns and weather conditions; changes in the availability, price or accounting treatment of derivative financial instruments; or economic disruptions or uninsured losses resulting from major accidents, fires, severe weather, natural disasters, terrorist activities or acts of war.  The Company disclaims any obligation to update any forward-looking statements to reflect events or circumstances after the date hereof.